Born Elizabeth Cole 1824, the daughter of  the daughter of Thomas Cole (1787-1867) who was 34 years parish clerk of Stokesley in North Yorkshire and renowned for being the last person to toll the town's curfew bell.
More on the early lifeof Elizabeth on the Tweddell History website http://www.tweddellhistory.co.uk/Chapter1.html

She married George Markham Tweddell in 31st December 1843. Paul Tweddell, in a forthcoming update to the both to the main Tweddell History website and his book on the Family History of the Tweddells - 'Poor Lives but with Honour' will argue that the George and Elizabeth had a more egalitarian relationship than expected in the Victorian era. " From a 21st century point of view, especially a feminist one, there is evidence that the couple’s personal relationship was thought unusual during their lifetime, when middle class parents usually divided their duties strictly; the husband worked to provide money, whilst women attended to the children and domestic duties." - The Quote and more from Tweddell History here  http://www.tweddellhistory.co.uk/chapter7.html


Rhymes and Sketches to illustrate the Cleveland Dialect 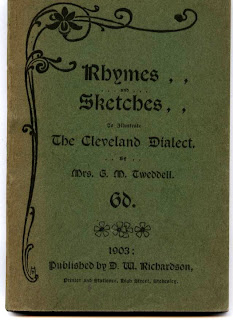 In 1869 she published an important pamphlet of five short Rhymes to illustrate the North York Dialect appearing as TractatesNumber 4 using her nom-de-plume name, Florence Cleveland. Demand for this led to the book by which she is best remembered, Rhymes and Sketches to illustrate the Cleveland Dialect in 1875, which included an extensive dictionary/glossary. Before long the first edition was out of print and a second edition was produced in 1892, to be the last book published by the couple.


More on Florence Cleveland on the Tweddell History website
http://www.tweddellhistory.co.uk/chapter7.html


The book is republished here
http://www.amazon.co.uk/Rhymes-Sketches-Illustrate-Cleveland-Dialect/dp/1169132405
but the original maybe be available free on either Google Books or Open Library.


In 2009 Stockton folk Megson recorded an album of using as lyrics, 19thC poems from the North East of England. They wanted to include a female poet and Middlesbrough library suggested Elizabeth Tweddell - Florence Cleveland. Her Cleveland dialect poem Take Thyself a Wife was chosen not only as a song but as the title for the whole album and over a hundred years after her passing, was written about in Guardian, Independent and as the duo became highly popular in the media.


Some of  her other poems are - 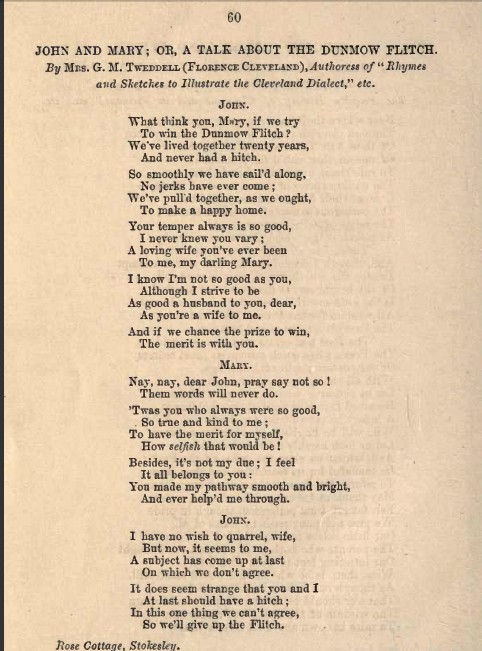 There is more about the Dunmow Flitch custom on this site with George's poem here
http://georgemarkhamtweddell.blogspot.com/2012/11/tweddells-north-of-england-illustrated.html

The following rare poem by Elizabeth Tweddell aka Florence Cleveland was published in the Freemason's Magazine and Masonic Mirror Dec 1870. In this downloadable collection are also poems by Middlesbrough poet Angus McPherson and George Markham Tweddell
Read on line or download here  https://play.google.com/books/reader?id=GVQFAAAAQAAJ&printsec=frontcover&output=reader&authuser=0&hl=en&pg=GBS.PA538 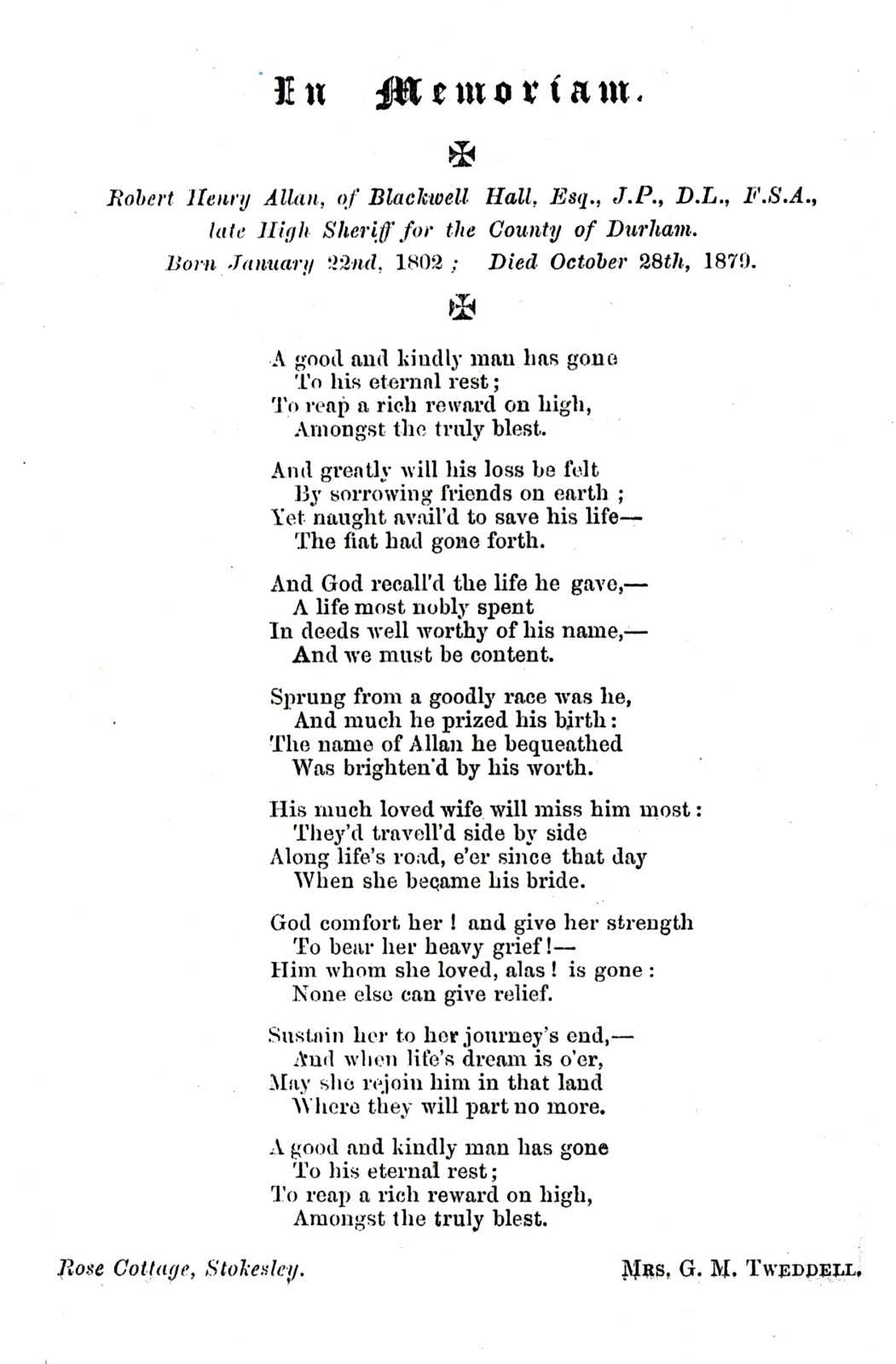 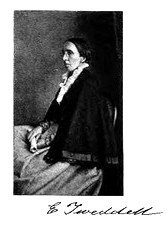 From the Paul Tweddell collection 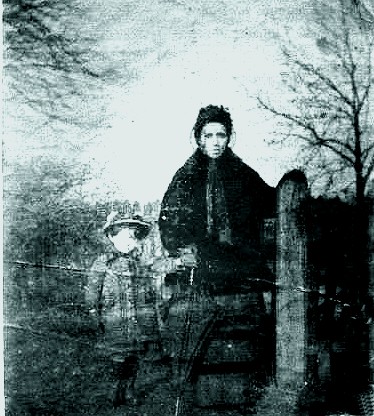 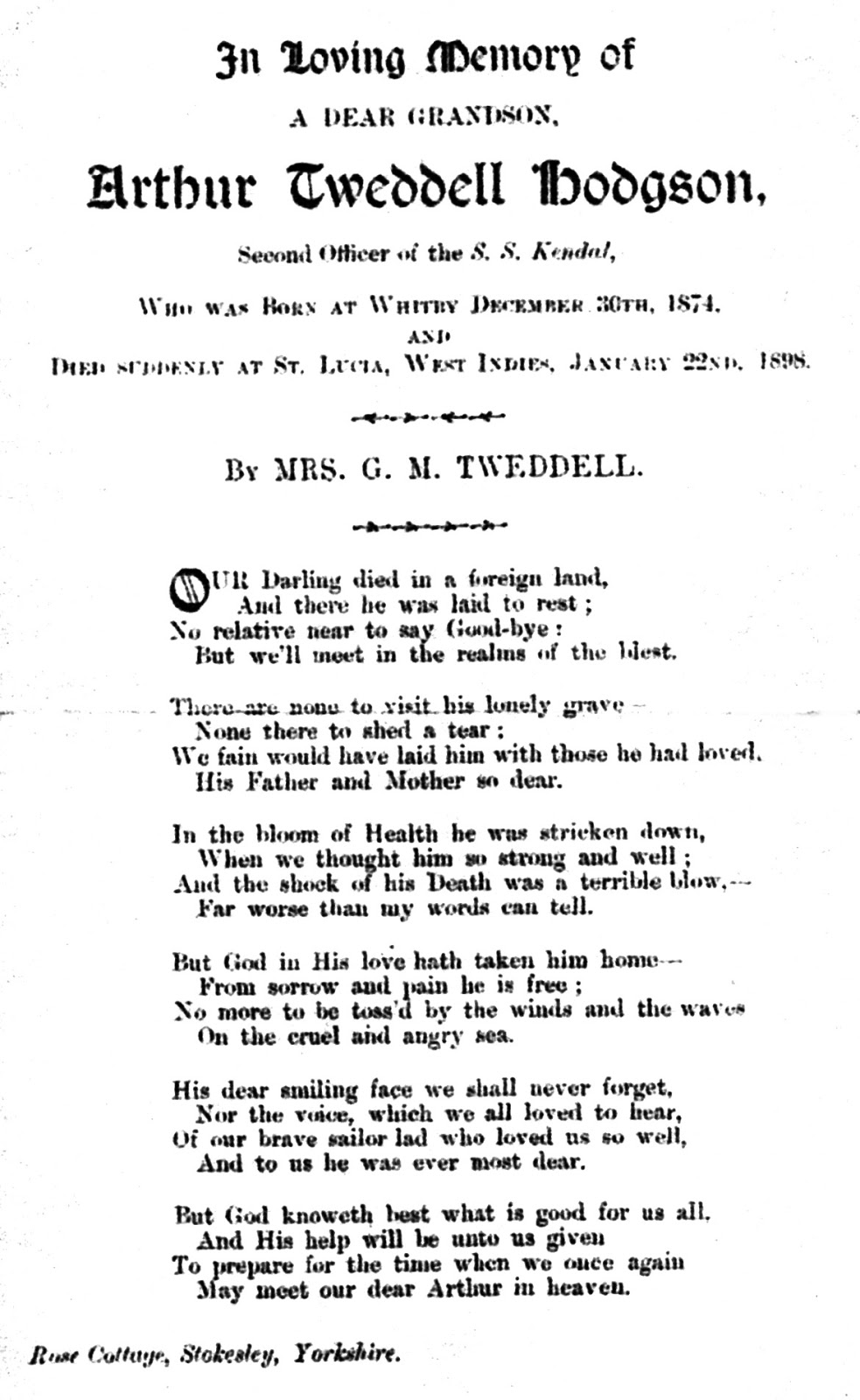 From the Paul Tweddell Collection 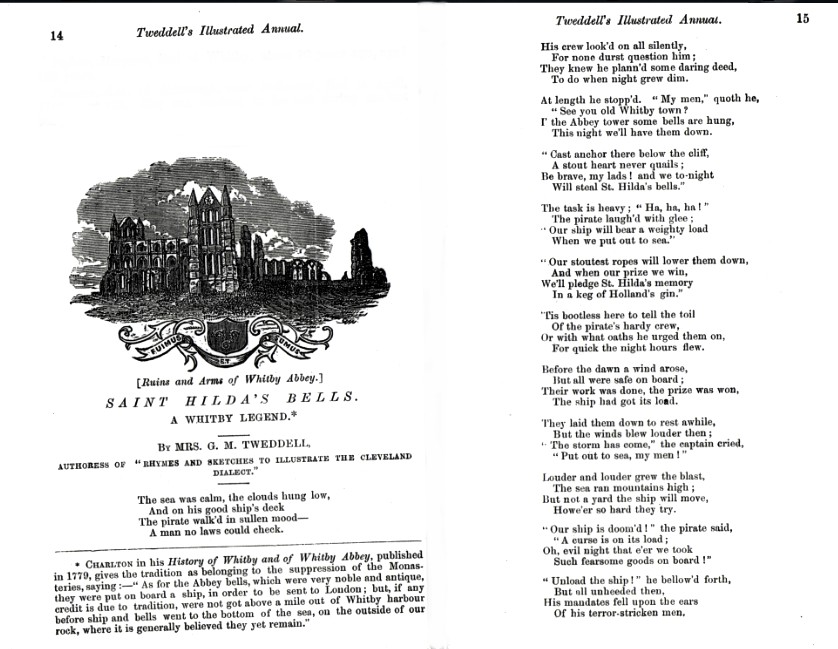 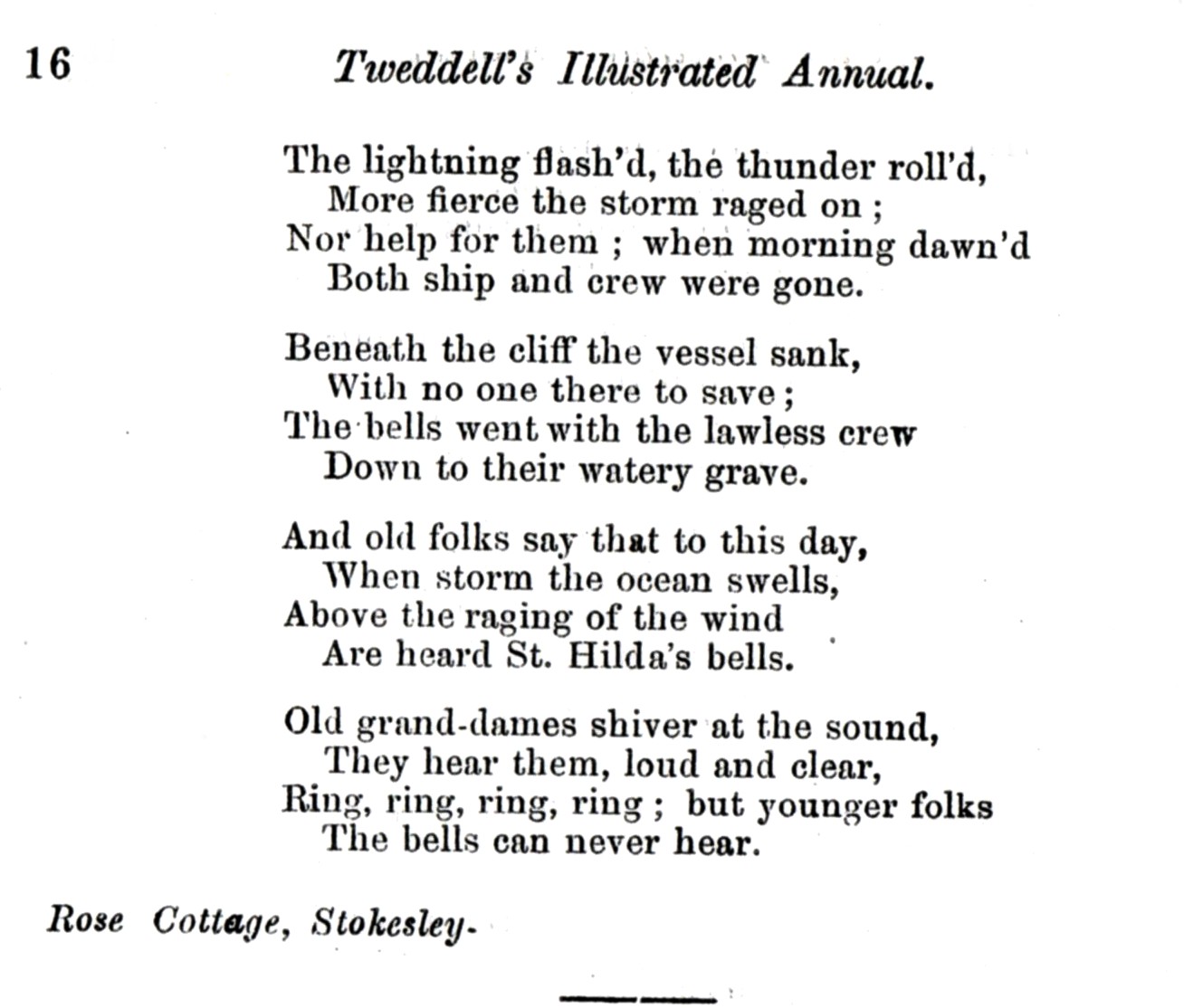 Below - also from Tweddell's North of England Illustrated Annual 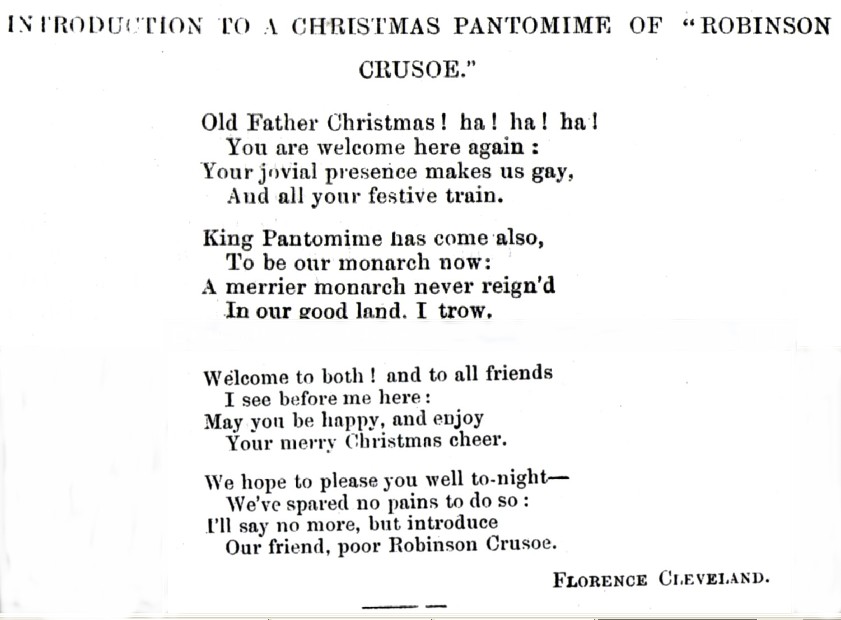 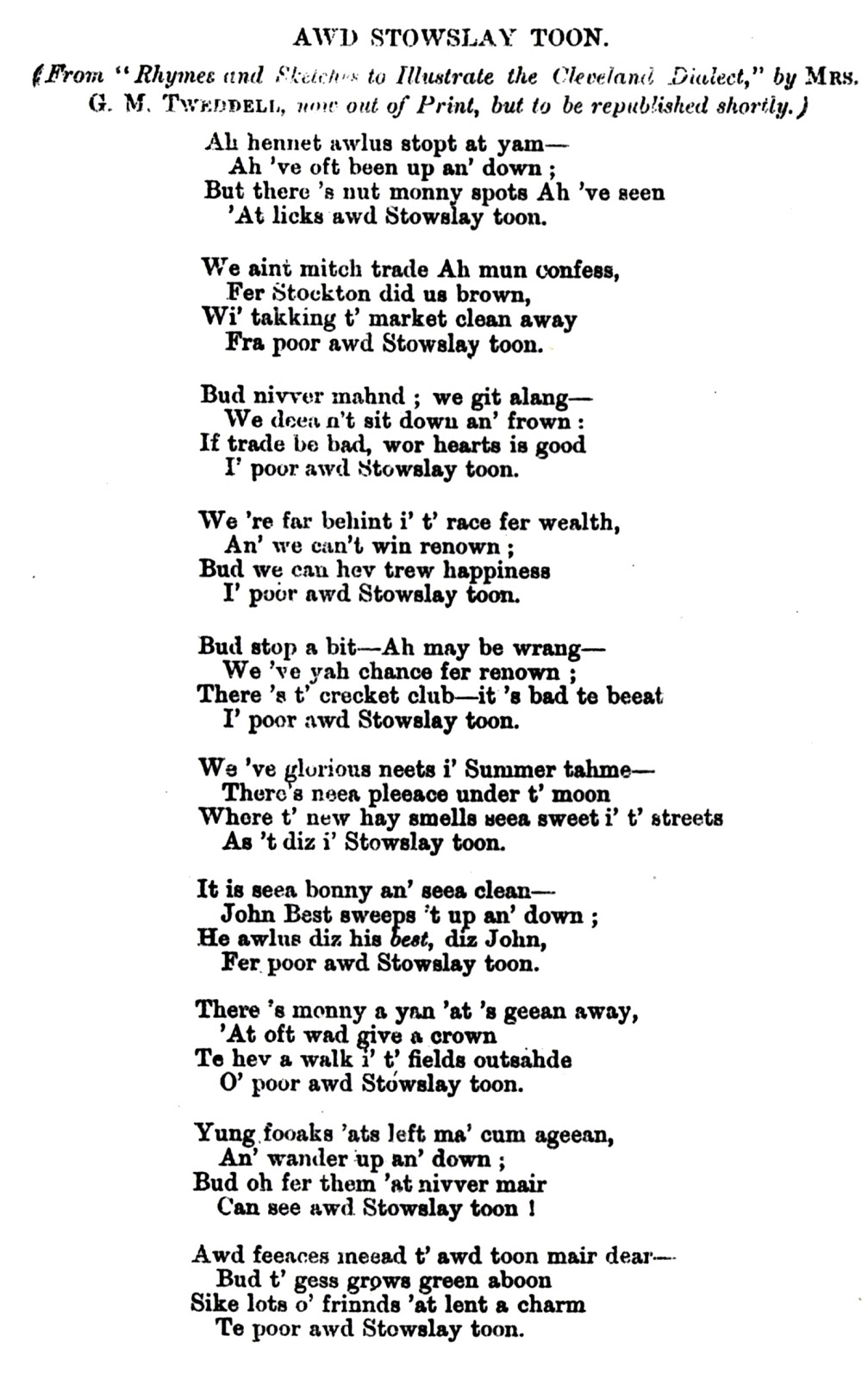 Quote from  From S. Horsfall Turner 1890 Yorkshire Bibliography.
"Mrs Tweddell - Elizabeth Cole was born on January 2nd 1824 and united her lot in life with Mr Tweddell on the last day of December 1843, sharing all his varying fortunes calmly and bravely and in addition to her household duties, involving the care of young children and grand-children, and for some years the Industrial Scholars at Bury, she has delighted thousands by her spirited little poems, not the least telling and treasured being her charming dialect pieces. We have only space for three specimens of the former. 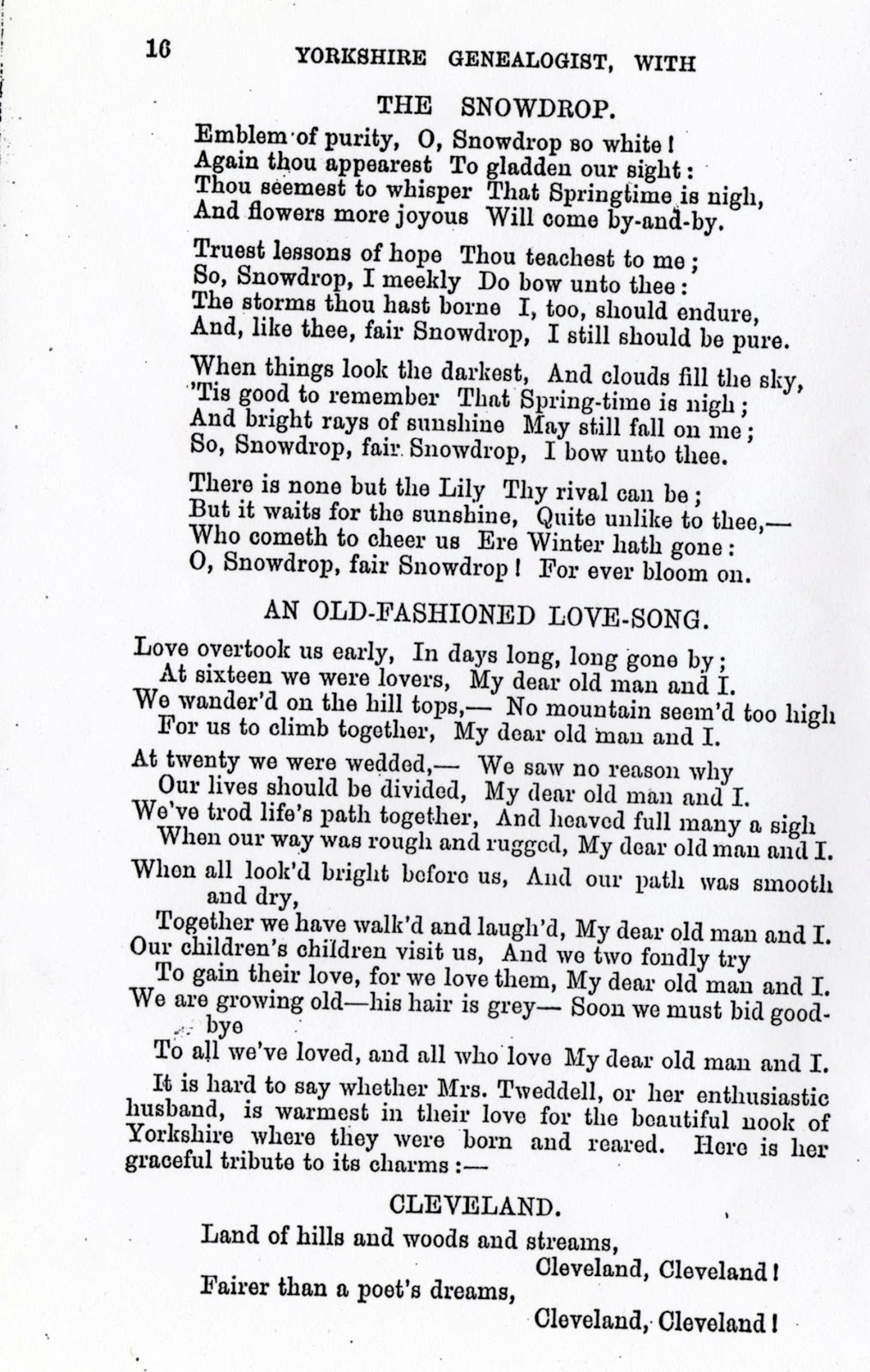 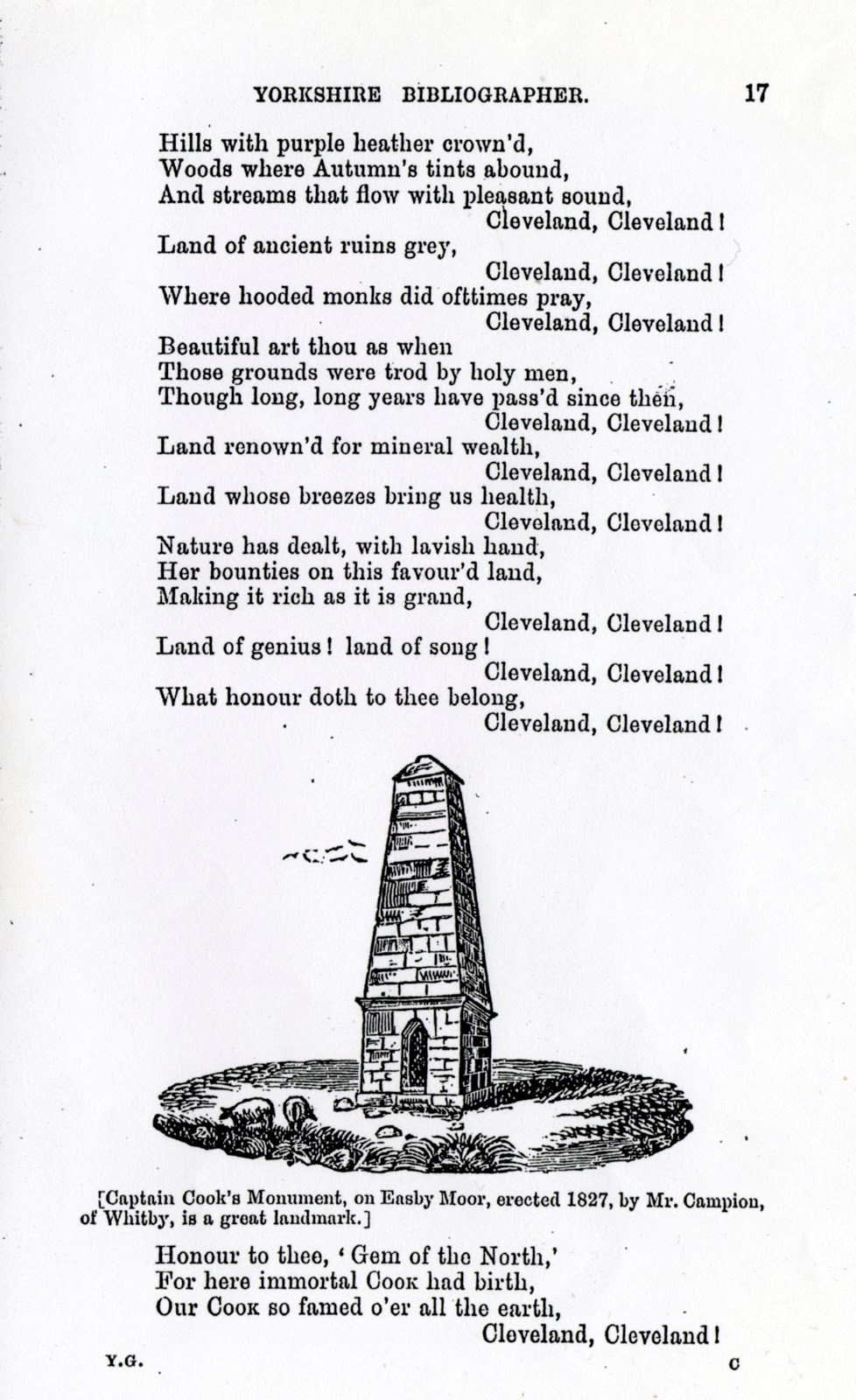 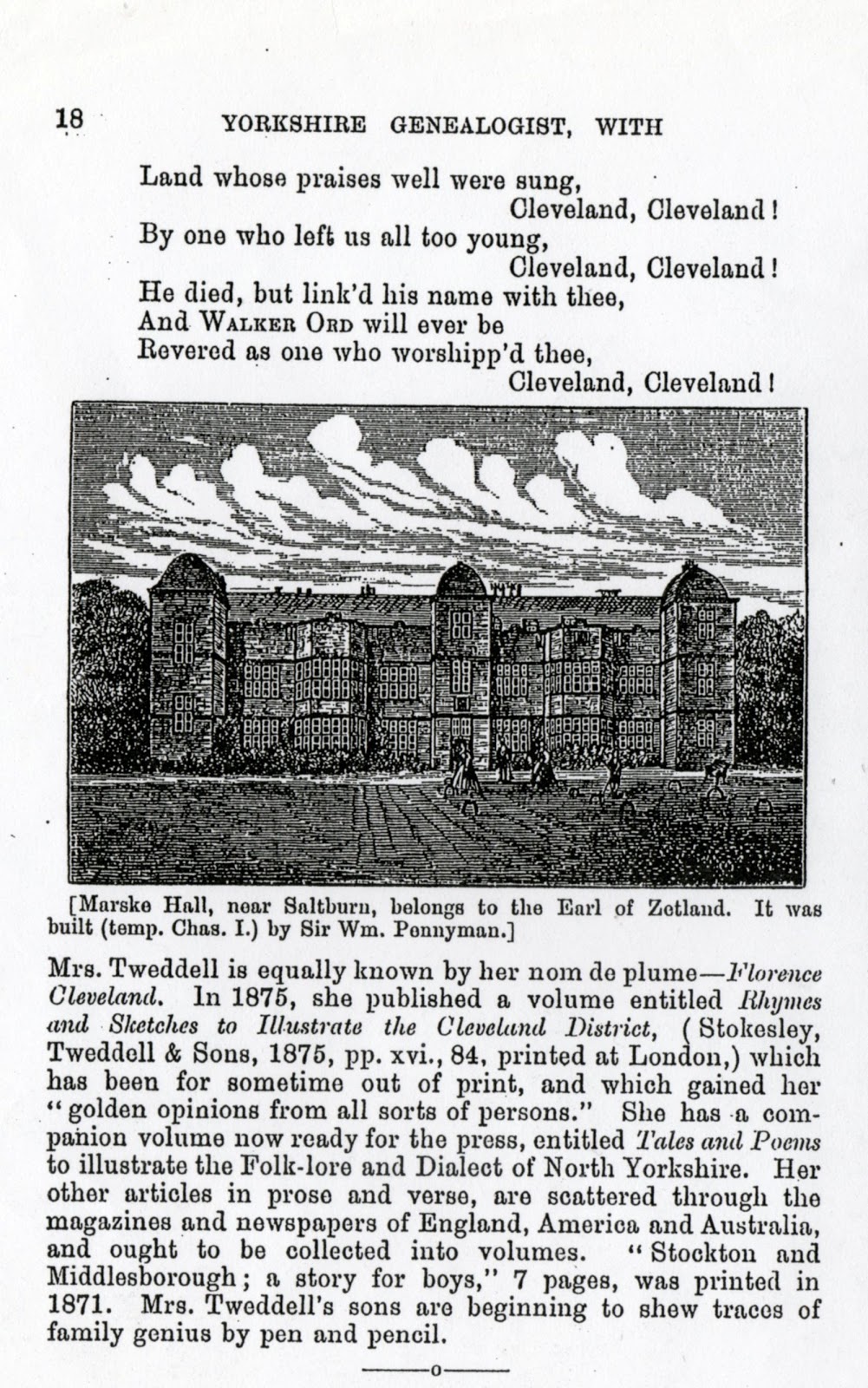 The above note by Horsfall Turner is interesting - Florence Cleveland has two dialect poem books and he suggests her many articles and verse, published in magazines and newspapers in England, America and Australia should be collected together. Paul Tweddell did that for George but we had the benefit of George's manuscript books to help. A few of them are collect above.

George Markham Tweddell
Stokesley,, North Yorkshire, United Kingdom
This is a hub for the work of George Markham Tweddell, born in Stokesley in the North Riding of Yorkshire 1823 - 1903, George (along with his poet wife - Elizabeth) was a Printer, publisher,poet,author,Chartist,Freemason and people's historian and more.